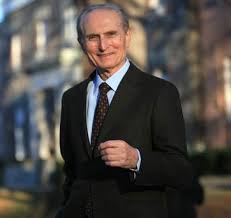 Distinguished Professor of Economics, Director of the Ph.D. Program in Economics at Fordham University in New York City, and Director of the Global Economic Policy Center.
Honorary Professor at the Shanghai Finance University, Nanjing University, Hunan University, and University of Pretoria.
Visiting Professor at various universities on four continents.
Held various professional and editorial positions. Gave more than 600 lectures around the world, was awarded the Achievement Award by the City of University of New York, the Order of the Knights of Malta, and was nominated for the 2010 National Medal of Science awarded by the President of the United States.

– the real-world of probability of a new global financial and economic crisis that could be triggered by the current U.S.-China trade war, the policies that governments could adopt to prevent it, and — in any event —  how firms and individuals could prepare in the event of a new crisis.